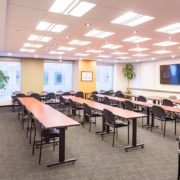 Here at Toronto Meetings, we’ve been running meetings since the mid -90s, so it’s not too much of a leap to say that we’re experts at it. One thing we’ve found that we’re very good at is training sessions. We host a variety of universities and colleges, as well as sales and tech certification programs. We excel at coordinating and ensuring that everything you need to run a training session is done, and done well. We offer a multitude of small rooms, as well as board rooms; either works for your training room session, as they are flexible spaces.

However, where we really come into our own is within our dedicated training rooms. We have three of these dedicated rooms that are built specifically with training purposes in mind. Incredibly flexible, we can set them up in literally any configuration, and they sit 25, 35, and 60 people in the standard classroom layout- in a theater size with no tables, figure that number will double. We also have training room layouts that have pods- perfect for heavily collaborative settings- or a U-Shape, which presents a happy medium between presentation and collaboration-focused training sessions.

Additionally, because we have the experience to know what our customers need, we have our rooms set up properly for training sessions. That means that we have screens for presentation that are built in, plug and play, and that a microphone is never necessary because of the expertly designed rooms’ acoustics.

Toronto Meetings also offers full catering service: everything from full breakfasts and coffee to cedar-grilled salmon and steak. Get those creative juices flowing with our delicious, locally roasted coffee, and keep them flowing with an omega-3 rich lunch.

Rent training rooms from Toronto Meetings, and see the difference that experience, great staff, and an amazing atmosphere really makes.

Instagram, Facebook, Snapchat, LinkedIn, Twitter, emails, text messages, phone calls. Need I say more? It’s safe to say that our lives are consumed by information that arrives to our devices by the second and we’re helpless against its power.

At one point in time, this information could very well wait until we were done completing simple tasks like driving, eating and trying to fall asleep at night. Meetings are no exception to the rule.

The typical boardroom table 15 years ago would have consisted of a few coffee cups, pads of paper with pens scattered everywhere, whiteboard markers and people eager to hear what one another had to say about a particular topic.

Oh, how things have changed.

The typical boardroom table in 2018 consists of a Starbucks coffee at every seat, accompanied by; you guessed it, a cell phone. Pads of paper and one’s favourite pen are now a thing of the past.

Note taking is done digitally and sneaking in a text or two is the norm.

Although environmentalists will praise this new trend, it does come at a cost to business owners.

Where managers, directors and presidents used to have the full attention of their employees, they are now competing with the likes of a device, similar to mind control technology from your favourite 1960’s sci-fi movie.

As CBC noted in a 2013 article people find this trend to be rude and disrespectful, with one person going as far as saying that cell phones are now considered the “cigarette of this decade”.

So what can we do about it? Ban cell phones from meetings? Have everyone put their phones in the middle of the table? Create phone breaks?

Truthfully, I don’t think there will be a simple fix.

One can only hope that society will begin to control their phone usage habits and recognize the right time and place to compose their next 140 characters.

If you’re looking for a space to hold your (hopefully distraction free) meeting. Then see what rooms we have available here at Toronto Meetings, and Book Today! 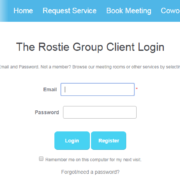 Here at the Rostie Group, we’re always looking to improve your experience. To that end, we have been working on something that is a long time coming.

A major updated to our reservation portal has made it better than ever before!

We have focused on eliminating the tiresome negotiation process of booking meeting rooms and streamlining the process to be as smooth as possible for our users.

As you can see below, the Rostie Group’s booking portal lets you see all of our available rooms as you book them. 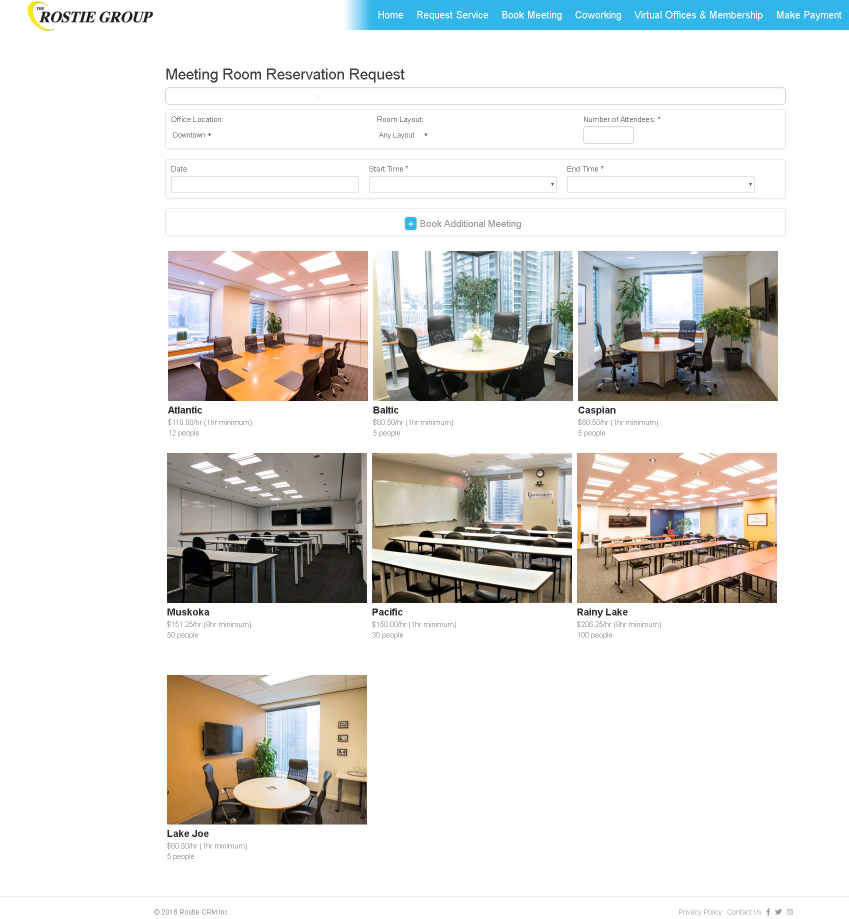 If you’ve booked with us before, you can easily rebook meetings with a single click! This allows your layout, catering and other requests to remain the same as the last time you booked. Whether you are using desktop, tablet or your phone we wanted you to have the best experience, so we redesigned the layout to be mobile ready no matter what screen you’re on.

If you are a new user, you’ll see how easy it is to view the catering menu and choose an option suited to your needs. Depending on the room size, you will also be able to view the meeting rooms various custom layouts and choose one that best fits your meeting requirements.

We understand that getting used to any new piece of software can be challenging. Not to worry, we will soon have an online tutorial added to our website to guide you through it and show just how easy it is!

What are you waiting for? Click here to go see the new Portal right now! 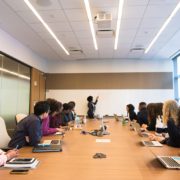 Do you host workshops, classes, or present plans to your accounts? If so, you definitely need a conference room in Toronto. Space in today’s Toronto real estate market is incredibly costly to maintain, and having a large space that you can hold conferences in is prohibitively costly, at least for most businesses.

When you visit a new city, you probably stay at a hotel, right? You don’t buy a new house, because you wouldn’t use it, and it’s quite frankly, a ridiculous idea. So why would you pay monthly rent for a space that gets used five or six days a month? It doesn’t make sense – that’s why you’d book a conference room with Toronto Meetings. We worry about all of the incidentals – internet, A/V, coffee, lunch – so you don’t have to.

We’ve been hosting conferences in Toronto since 1991 – we know what we’re doing, and all of our conference rooms are infinitely configurable; we can change layouts, A/V options, catering to however you want it set up. We provide the conference room in Toronto, yes, but it’s still your meeting, and we guarantee that your conference will proceed exactly as you need it to.

It makes fiscal sense, and because we’ve been doing this for so long, we’ve seen every special request imaginable, and we’ve managed to work with all of them. We know just how well your meeting can go, and we want to help your do it. It’s quite literally our job, so you’re in safe hands when you book your conference room in Toronto with us.

Like I mentioned earlier, you wouldn’t pay for a house you wouldn’t use, so why would you ever pay for internal conference room space? Trust the experts at Toronto meetings, and book with your Toronto Conference room with us today.